Victory Beyond the Podium 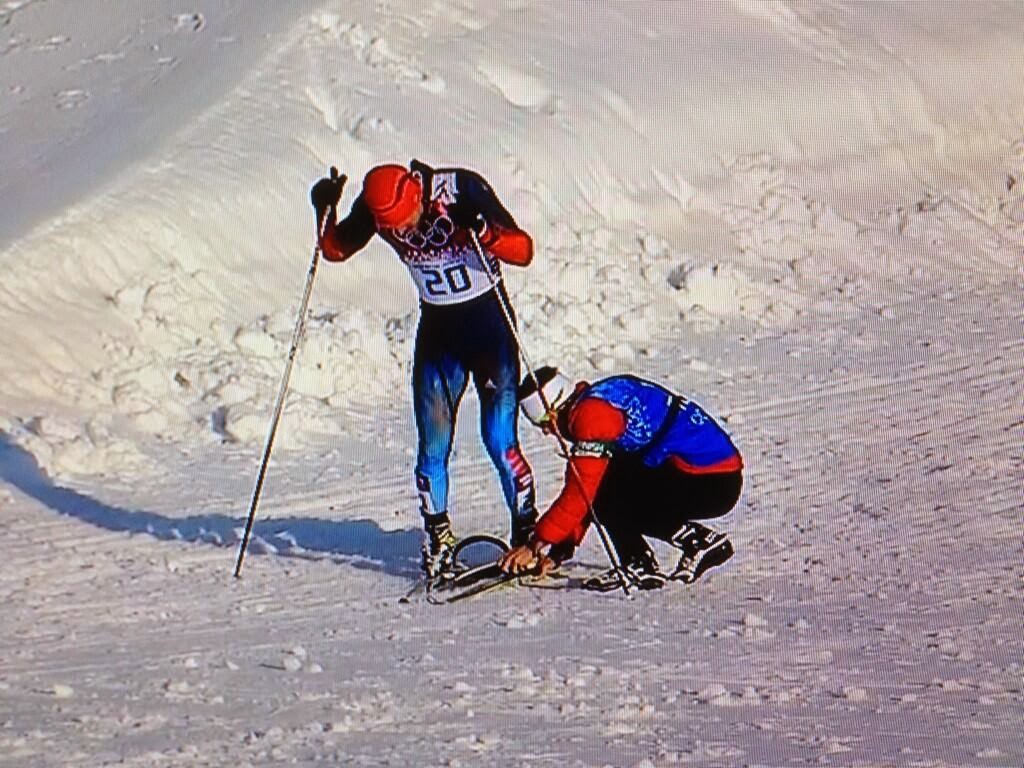 As I was fast forwarding through the cross-country skiing at the Olympics I had to rewind and I saw what is probably normally an uneventful cross-country skiing race turn into something more.  Many racers fell that day near the same spot so when I saw someone fall I kept racing through the show.  Then I saw another fall a little later in a different spot and decided to go back and see what happened.  A Russian cross-country skier, Anton Gafarov had crashed again due to a broken ski.  No matter what athlete falls or gets hurt, I hate to see that.  What country they are from does not matter to me, I don't like to see anyone get hurt or have their dreams crushed.  After his second fall he got up and started skiing on one ski.  Then a coach ran over and gave Anton a new ski so that he could finish his race, which he made it to the finish line with applause from everyone.  This man was not a Russian coach, he was actually a rival Canadian coach, Justin Wadsworth.  Justin said of this Russian skier, "I wanted him to have dignity as he crossed the finish line."

Anton was not going to get to the podium, but he did not give up and I believe he would have continued with one ski if he was not given a new one.  We all look at the medal counts and those that do not make the podium are soon forgotten.  This man did not quit, he was determined to finish this race no matter the physical pain.

Maybe the Canadian coach was just looking to pay forward a good deed that was given to his country back in the 2006 Olympics in Italy.  One of the Canadian women skier's had broken a pole and a Norwegian coach, Bjornar Hakensmoen, ran out to give a new pole to her.  This gesture ensured that Canada would win a medal while Norway did not medal in this event.  The teammate of this woman was Beckie Scott, Justin Wadsworth's wife.

There are many memorable moments so far in this Olympics, but this I will remember.  When the top athletes in the world fight for a medal, this athlete fought just to cross the finish line.  This is beyond a simple race, it is a grand display of God's handiwork.  How kindness and thinking of another can move the hearts of many around the world.
Posted by BeautyforAshes88 at 8:50 AM