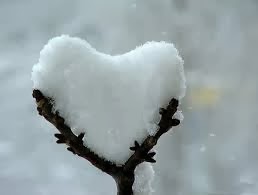 Today is Valentine's day and I hope that you all feel loved.  You may think to yourself, I don't have anyone special, but you do.  You have a wonderful Father who loves you more than you will be able to comprehend.  There are millions of people in this world who feel completely alone.  With all of our technology many feel even more cut off from people than ever before.  We are to fellowship and thrive while here in this world.

Today is a romantic field day for flower, candy and card companies, yet many will not receive a single thing.  The best Valentine card is to open the Bible and look for Scriptures that talk about love.  This entire book is a love letter from a caring God who wants you to know you are loved.  If today is a difficult day, please remember that throughout your entire day and the rest of your life there is someone waiting for YOU, wanting to show you love, grace, acceptance and mercy.

One of the most famous lines for this day is "How do I love thee?  Let me count the ways."  ~ Elizabeth Barrett Browning

Here is a part of the love story between Elizabeth and Robert Browning.  Such a beautiful story of love and how the love of another person can bring about a happy life.  So think how much more God loves us as He waits for us to turn to Him so we can have a blessed life.

On January 10, 1845, Robert Browning wrote to Elizabeth Barrett for the first time, after reading her volume of poetry.  He was a little-known thirty-two-year-old poet and playwright, she was an internationally renowned poet, an invalid, and a thirty-nine-year-old spinster. “I love your verses with all my heart, dear Miss Barrett — I do, as I say, love these verses with all my heart,” the letter said. Over the course of the next twenty months, they would write each other close to six hundred letters — one of the greatest literary correspondences of all time.
The pair’s last letter was exchanged on September 18, 1846, the night before the two left for a trip to Italy, and two weeks after their secret marriage. Their romance, which she would eventually credit with saving her life, lasted for fifteen years and spawned some of the world’s most beautiful poetry. Elizabeth Barrett Browning was the daughter of Mary Moulton Barrett and Edward Barrett Moulton Barrett, an extremely wealthy landowner who owned sugar plantations in Jamaica. Her mother died when Elizabeth was just twenty-one, after having given birth to twelve children. Although Elizabeth, the eldest, was probably her father’s favorite child, she struggled along with her siblings under his tyrannical parenting. Incredibly controlling, Mr. Barrett insisted that none of his children marry, baffling even the family’s closest friends.
To add to her difficulties, from the time she was a teenager, Elizabeth suffered from a mysterious illness that caused her uncontrollable spasms of pain, breathing difficulties, and a general malaise that made her unable to leave her house. In fact, she rarely left her room, and believed that she was destined to forever remain a sickly shut-in and spinster. When Robert Browning first began to court Barrett — through their correspondence — she seemed to enjoy the relationship, but dismissed any romantic aspect of his attention, unwilling to believe that he could really be interested in her. Browning, the son of Robert and Sarah Anna Browning, a bank clerk and pianist, was a direct and ardent suitor. But despite his obvious affection and the mutual admiration that is prominently displayed in their letters, Elizabeth refused to see him until the spring — months after their first contact — as the cold weather of the winter made her health poor. The couple’s first meeting occurred in May 1845, after five months of regular correspondence. It is believed that Browning wrote to Barrett immediately afterward to declare his affection — flouting Victorian convention — but this letter has not survived. Elizabeth, sickly and so long in isolation, found it difficult to trust his intentions and was already skeptical of the institution of marriage and its treatment of women. Despite the obstacles, Browning’s visits continued, though always when Elizabeth’s father was not at home.
In the summer of 1845, Barrett’s physician recommended that she travel to Pisa, in Italy, for the winter because he felt sure she would not survive another harsh season in London. Her father, for seemingly unknown reasons, refused to allow the trip. After writing to Browning about her predicament, he wrote back, saying, “I would marry you now.” Instead of dismissing him as she had done before, she embraced his sentiments. They continued to see each other regularly, and, thanks in part to an unseasonably warm winter, Barrett’s health began to improve. In January 1846, Elizabeth, inspired by Browning, took a major step toward recovery by leaving the room where she had spent the last six years of her life.
By May 1846, Barrett began to walk outside and, in her letters, credited Browning for having a large part in her recovery. Also, she had begun to decrease her use of the morphine and opium prescribed for her condition. By summer, she was living a much more active life. On September 12, Barrett and Browning were married, before another London winter could again weaken her health. Sadly, the wedding was held in secret, with only her maid and Browning’s cousin attending as witnesses. Although she was then forty years old, Barrett lived in fear of her controlling father’s wrath if he found out that she was disobeying his direct order not to marry. When her deception was revealed, she was disinherited by her father, as were the two other Barrett children who dared to defy him.
Just a week after their marriage, Elizabeth Barrett Browning and Robert Browning left London for Italy, where they would spend the next fifteen years of their lives. Barrett Browning’s Sonnets From the Portuguese (1850), of which the line “How do I love thee? Let me count the ways” has since become one of poetry’s best-known, was written during their courtship and early marriage and is about her dramatic romance with Browning, and how he helped her save herself from a life of sickness and isolation. In Italy, both poets would enjoy many productive years of writing, as well as the birth of their son, Robert Wiedeman Barrett Browning, in 1849. She completed a second edition of Poems, as well as Casa Guidi Windows (1851), Poems before Congress (1860), and her well known verse-novel, Aurora Leigh (1857). She also became active in the fight for Italian nationalism, the abolition of American slavery, and the advancement of the condition of women. He published Men and Women, which was dedicated to his wife and is considered to contain his best poetry. They remained in Italy for fifteen years, until Elizabeth died in her husband’s arms on June 29, 1861. Casa Guidi, the Brownings’ home in Florence, Italy, has been preserved and is open to visitors.  ~ from The History Channel
Posted by BeautyforAshes88 at 9:59 AM

Email ThisBlogThis!Share to TwitterShare to FacebookShare to Pinterest
Labels: Holidays, My Thoughts