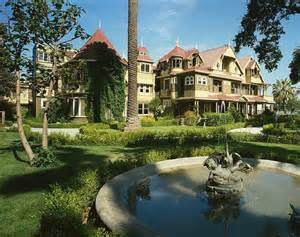 This story of Solomon reminds me of another, although they are not exactly the same, there is a busyness to what they did that is empty inside.  Sarah Winchester was the wife of the president of the Winchester gun company in the 1800's.  She lost her 6 week old daughter and her husband from tuberculosis.  A medium told her to do the following: to buy a house out west and as long as construction on the house never ended then her life would not be in danger.  So in 1884 she bought a house in CA and for 38 years worked on remodeling it day and night.  It seems she might have thought that if she kept busy on the house then the spirits of the dead by Winchester riffles would be appeased.  She spent over 5.5 million redoing this house, she turned an 8 room farmhouse into a 106 room mansion.  It was seven stories high until the San Francisco area earthquake destroyed three of the stories.  At her husband and mother-in-law's death she inherited million of dollars, providing unlimited income.  She did seem to be generous to her employees and help the local town, although the money spent on the house could have possibly helped millions of people.

Some statistics about the mansion: 24,000 square feet, 10,000 windows, 2,000 doors, 52 skylights, 47 fireplaces, 40 bedrooms, 40 staircases, 13 bathrooms,  6 kitchens, 3 elevators, 2 basements and 1 shower.  It is estimated that 500 to 600 rooms were built, but because so many were redone, only 160 remain.  She designed the house with doors that open up into walls; doors that open to nowhere; windows that open into walls; staircases that go nowhere, and one that goes to a ceiling.  She held séances and was obsessed with the number 13.  When the safe was opened after she died in her sleep Sept. 5, 1922, the servants expected to find money or jewelry. All they found were two locks of hair, one from her daughter and the other from her husband, and two obituary notices, from her husband's and daughter's deaths.

It is said that Mrs. Winchester felt the San Francisco earthquake was a warning from the spirits that she had spent too much money on the front section of the house, which was nearing completion. After having the structural damage repaired, she immediately ordered the front thirty rooms – including the Daisy Bedroom, Grand Ballroom, and the beautiful front doors – sealed up.

This woman grew up privileged and was very educated, yet in her grief she did not turn to God, but to darkness.  During this time in history mediums were very popular, many people were interested in looking into mediums and séances.  She had irrational ideas due to how deep in the darkness she was.  She was consumed with the number 13 as many today are leery of this number.  As far as I can recall 13 is not significant in the bible (unlike several other numbers), it is just superstitious.  She kept so busy on the house for all those years that maybe she never really got over her grief of losing her family.  At the end of her life her most treasured possession was family.  No one knows exactly what she was thinking, although she seemed to be tortured and consumed by spirits.  She could have done so much more in this world (she did leave money to family, employees and a hospital), she chose to focus on a single mission: building this house.  This one woman living in an enormous house by herself (not counting the servants and workers) chose to be alone in an ever changing prison.

I got the facts from: http://www.winchestermysteryhouse.com/
Posted by BeautyforAshes88 at 1:12 PM